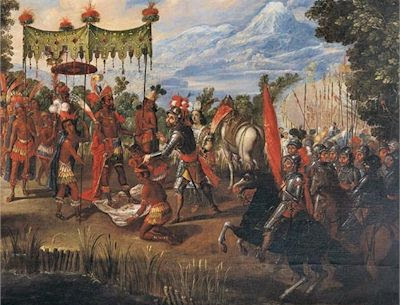 The scene is Mexico, the meeting place, according to some, of mankind itself, pyre of Bierce and springboard of Hart Crane, the age-old arena of racial and political conflicts of every nature, and where a colourful native people of genius have a religion that we can roughly describe as one of death, so that it is a a good place, at least as good as Lancashire or Yorkshire, to set our drama of a man's struggle between powers of darkness and light. The Collected Letters Of Malcolm Lowry

The above is an extract from Lowry's famous letter to Jonathan Cape dated 2 January 1946 defending his novel Under The Volcano which had been criticised by the Cape reader William Plomer.

It is interesting to note the two writers that Lowry chooses to identify with Mexico - Ambrose Bierce and Hart Crane. In this post, I intend to look at Bierce but I will return to Hart Crane in the future. 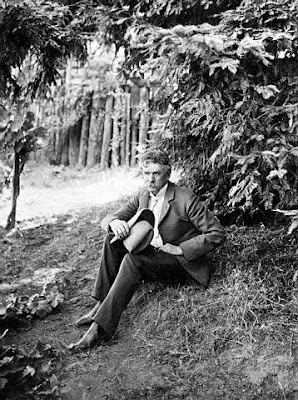 Ambrose Gwinnett Bierce (June 24, 1842–1914?) was an American editorialist, journalist, short story writer, fabulist and satirist. Today, he is best known for his short story, "An Occurrence at Owl Creek Bridge" and his satirical lexicon, The Devil's Dictionary.

The sardonic view of human nature that informed his work — along with his vehemence as a critic — earned him the nickname "Bitter Bierce". Despite his reputation as a searing critic, however, Bierce was known to encourage younger writers, including poet George Sterling and fiction writer W. C. Morrow. Bierce employed a distinctive style of writing, especially in his stories. This style often includes a cold open, dark imagery, vague references to time, limited descriptions, the theme of war, and impossible events. 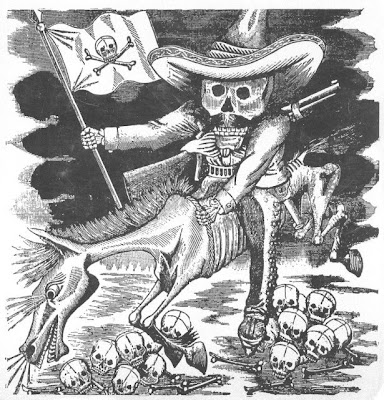 In 1913, Bierce traveled to Mexico to gain a firsthand perspective on that country's ongoing revolution. While traveling with rebel troops, the elderly writer disappeared without a trace. Read more on Wikipedia.

Lowry's choice of Bierce in the Cape letter appears to fit into Lowry's literary mythology for Mexico as a place of potential dangers where you could perhaps disappear on the whim of a Mexican official. Some commentators believe that Bierce was murdered because he was thought to be spying. Lowry always stated that he was under suspicion as a spy in Mexico and the Consul is murdered by right wing police officers in Under The Volcano.

The last letter that Bierce wrote would have appealed to Lowry and for that matter Crane who disappeared himself in the Gulf of Mexico by stepping off the back of a ship:

"As to me, I leave here tomorrow for an unknown destination."
-- The last line of the last letter from Ambrose Bierce, December 26, 1913. 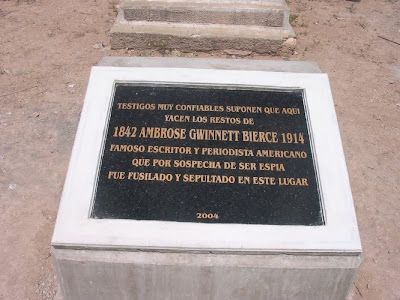 Carlos Fuentes has written a novel based on Bierce's disappearance called Old Gringo (Spanish: Gringo Viejo. Fuentes wrote the novel over a period extending between 1964 and 1984 and finally published in 1985. In 1989 it was made into a film directed by Luis Puenzo called Old Gringo starring Gregory Peck. The novel is inspired by the disappearance of Ambrose Bierce amidst the chaos of the Mexican Revolution, the novel addresses such themes as death, cultural exchange, and Mexican identity. Buy or read more on Wikipedia

Here is a sequence from the movie featuring the unpredictability of life in Mexico in 1913:

There are two further films dealing with the disappearance - From Dusk Till Dawn: The Hangman's Daughter released in 1999 which is set in Mexico in 1913. A group of missionaries, bandits, Mexican revolutionaries, and Ambrose Bierce end up a temple. In the original ending, Bierce ended up as vampire, endlessly walking the Earth after seeking a quick death! The final print ending has Bierce surviving the encounter, wandering off into the Mexican countryside. Here's the trailer:

The other film is a Mexican one called Ah! Silenciosa by Marcos Cline-Marquez. The film is a brief magical-realism piece about a wealthy Mexcican woman opposed to Villa's revolution who tries to save Bierce from execution. The short film interweaves a thread from Bierce's most famous story, "An Occurrence at Owl Creek Bridge" with speculation as to a possible scenario for Bierce's fate. 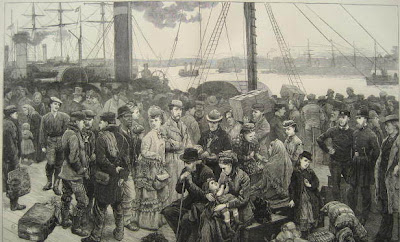 I am unsure whether Lowry knew that Bierce had visited England as he would have enjoyed the link back to Liverpool and probably would have agreed with Bierce's description of the city. In 1872 Bierce passed through Liverpool on his visit to England. Apparently, he didn't think much of Liverpool - "a wildly uninteresting commercial soil" but he did set the beginning of a short story called A Psychological Shipwreck in the city.

In the summer of 1874 I was in Liverpool, whither I had gone on business for the mercantile house of Bronson & Jarrett, New York. I am William Jarrett; my partner was Zenas Bronson. The firm failed last year, and unable to endure the fall from affluence to poverty he died.

Having finished my business, and feeling the lassitude and exhaustion incident to its dispatch, I felt that a protracted sea voyage would be both agreeable and beneficial, so instead of embarking for my return on one of the many fine passenger steamers I booked for New York on the sailing vessel Morrow, upon which I had shipped a large and valuable invoice of the goods I had bought. The Morrow was an English ship with, of course, but little accommodation for passengers, of whom there were only myself, a young woman and her servant, who was a middle-aged negress. I thought it singular that a traveling English girl should be so attended, but she afterward explained to me that the woman had been left with her family by a man and his wife from South Carolina, both of whom had died on the same day at the house of the young lady's father in Devonshire--a circumstance in itself sufficiently uncommon to remain rather distinctly in my memory, even had it not afterward transpired in conversation with the young lady that the name of the man was William Jarrett, the same as my own. I knew that a branch of my family had settled in South Carolina, but of them and their history I was ignorant.

The Morrow sailed from the mouth of the Mersey on the 15th of June and for several weeks we had fair breezes and unclouded skies. The skipper, an admirable seaman but nothing more, favored us with very little of his society, except at his table; and the young woman, Miss Janette Harford, and I became very well acquainted. We were, in truth, nearly always together, and being of an introspective turn of mind I often endeavored to analyze and define the novel feeling with which she inspired me--a secret, subtle, but powerful attraction which constantly impelled me to seek her; but the attempt was hopeless. I could only be sure that at least it was not love. Having assured myself of this and being certain that she was quite as whole-hearted, I ventured one evening (I remember it was on the 3d of July) as we sat on deck to ask her, laughingly, if she could assist me to resolve my psychological doubt.
Read complete story here. 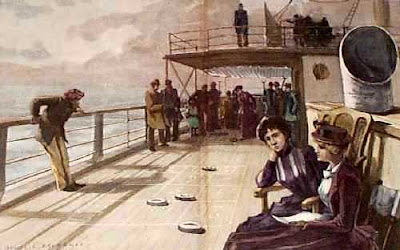 Posted by Keeping Soul Alive at 04:57 No comments: 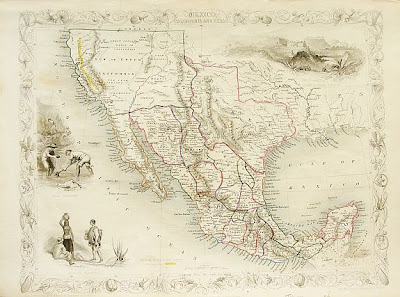 I am back after a longer break from the blog than I envisaged following the Lowry Festival in Liverpool which ended late last year.

Since then, I have continued to read and research around Lowry's work. Recently, I have been looking at the connections between Hart Crane and Lowry. I came across an article by Anthony Wright on the Mexconnect site which lists writers including Lowry and Crane inspired by Mexico which I thought I would share. The article looks at recent novelists such as Roberto Bolaño and David Lale who continue the tradition of writers inspired by Mexico.
Posted by Keeping Soul Alive at 05:25 No comments: