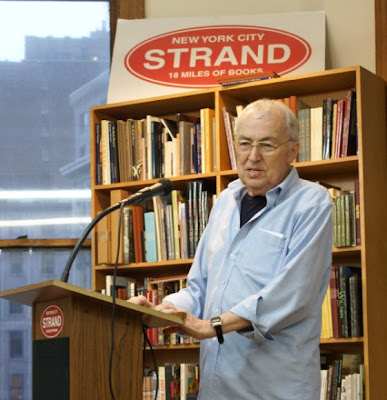 I have just learnt of the death of David Markson who was a long time friend of Malcolm Lowry in the 1950's. David Markson got to know Lowry while writing a thesis on Under The Volcano..

In Malcolm Lowry s Volcano, originally published in 1978, David Markson extended the pioneering work of his 1951 Columbia University master s thesis the first substantial study of Under the Volcano. In the years between thesis and book, Markson became Lowry s close friend (see the invaluable reminiscence at the end of the book) and an accomplished novelist in his own right. His critical reputation has only grown in the past two decades. Markson s holds Under the Volcano to be the greatest English language novel after Ulysses and very like it in ambition and method. While acknowledging that the novel s primary pleasure is its literal, dramatic story, he argues here that Lowry s book is a Joycean endeavor, both in its reliance on the mythic and in its allusive texture. Far from being incidental to the story bits and pieces of learning merely stuffed into the text, as Lowry s one-time mentor Conrad Aiken thought them the dense web of reference is an intrinsic part of Lowry s plan, and demonstrates his mastery. Amazon.com

NEW YORK — David Markson, a revered postmodern author who rummaged relentlessly and humorously through art, history and reality itself in such novels as "Wittgenstein's Mistress," and wrote crime fiction, poetry and a spoof of Westerns made into the Frank Sinatra film "Dirty Dingus Magee," has died at age 82.

Markson's two children found him on June 4 in his bed in his Greenwich Village apartment, the author's literary agent and former wife Elaine Markson said Monday. She did not know the cause of death or when he died, but said Markson had been in failing health.

Little known to the general public, Markson was idolized by a core of fans that included Ann Beattie and David Foster Wallace. He was celebrated for his insights and for how he expressed them, often in paragraphs lasting just a sentence or two. "Wittgenstein's Mistress," his most acclaimed work, and other novels were interior monologues on the state of the world and the state of the author's mind. "Nonlinear. Discontinuous. Collage-like" was how he summed up his approach, in the novel "Reader's Block."

A native of Albany, N.Y., raised by a newspaper editor (his father) and school teacher (his mother), Markson was an undergraduate at Union College, then received a master's in 1952 from Columbia University. His thesis on Malcolm Lowry's "Under the Volcano" led to a long friendship with the author. Markson also came to know Dylan Thomas (a fellow patron at New York's famous Lion's Head Tavern) and Jack Kerouac, allegedly so drunk when Markson asked for an autograph that he jammed his pen right through the paper. Read full obituary here 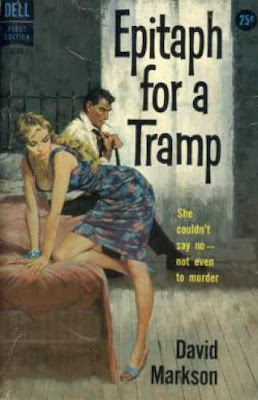