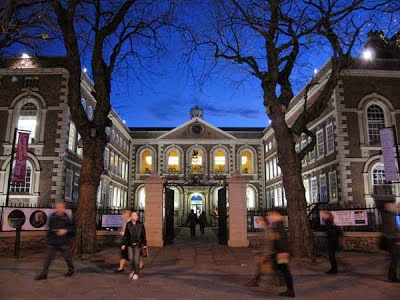 This year's Lowry Lounge promises to be very special!

The Bluecoat’s annual celebration of Merseyside-born ​author of Under the Volcano, Malcolm Lowry​ ​(1909-57)​, ​features the European launch of his 'lost' novel In Ballast to the White Sea.

This autobiographical book, Lowry’s longest and most ambitious project of the mid‐1930s, was thought to have been lost in a fire, but was later discovered in New York Public Library after it become known his first wife, Jan Gabrial, still had a typescript of the book. Now, nearly 60 years after the writer’s death, the first ever published edition will be launched at this day‐long event in Liverpool.

The book is about a Cambridge undergraduate who wants to be a novelist but has come to believe that both his book and, in a sense, his life have already been 'written' by a Norwegian novelist.  Partly set on Merseyside, its annotations have been compiled by Chris Ackerley, with the help of New Brighton Lowry expert Colin Dilnot.

The Lowry Lounge 2014 features writer Iain Sinclair talking about Lowry in relation to his 2013 book American Smoke, which follows in the footsteps of American Beat writers and of Lowry, whose ​work in ​some ways anticipated theirs.

The event also includes a guided walk round Liverpool city centre, led by Colin Dilnot, visiting sites relating to the book and to Lowry’s childhood years on Merseyside.

The book launch itself will be introduced by the editor of In Ballast to the White Sea, Patrick ​A. ​McCarthy and Vik Doyen, who wrote its foreword.
Posted by Keeping Soul Alive at 01:03 No comments:

Email ThisBlogThis!Share to TwitterShare to FacebookShare to Pinterest
Labels: In Ballast to the White Sea, The Lowry Lounge
Older Posts Home
Subscribe to: Posts (Atom)