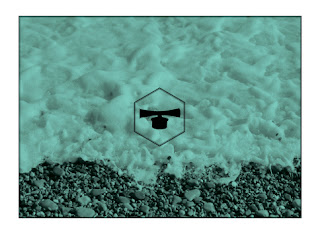 An expanded soundtrack to the Malcolm Lowry novella “Lunar Caustic”.

Presented in a jackdaw style format, this release charts the unsteady memories and shifting surroundings of protagonist Bill Plantagenet as he recovers from an alcoholic-fueled breakdown in the City Hospital. Based on Lowry’s own self admission to New York’s Bellevue in the 1930′s, our observations are presented through maps, photographs and postcards from the era, a sort of “psycho-geography”.

Track Listing:
1a. Awoke on a Ship
1b. The Coal Barge
1c. Staring Out Of The Window At Twilight
1d. The Death of Ase

Order a copy from Wist Rec.

Thanks to Gary Mentanko for asking me to contribute to this extended edition.
Posted by Keeping Soul Alive at 03:50 1 comment: