A walk around Caldy Hill 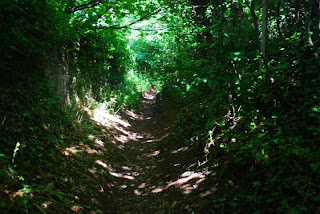 Caldy may have changed considerably since Malc lived there back in the 1920's but it is still a beautiful landscape..

Thanks Gerry for the mention!
Posted by Keeping Soul Alive at 04:47 1 comment:

Email ThisBlogThis!Share to TwitterShare to FacebookShare to Pinterest
Labels: Caldy 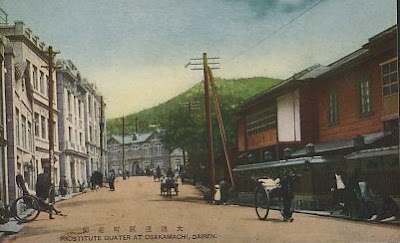 "Yes, I like you too. Can you read the name of this tune on the score?" "Dead Man Blues." "Well, we're nice and close now. Dead Man Blues, a highflying hit. Good God! I had that tune on the gramophone in my digs at Cambridge- on Parlophone”

The band started in again on the Dead Man Blues. The Scandinavian sailors and their women started to sing something. ... I've got those Dead Man Blues, yes sir!" I crooned, looking down at Olga and drowning in her eyes. Ultramarine 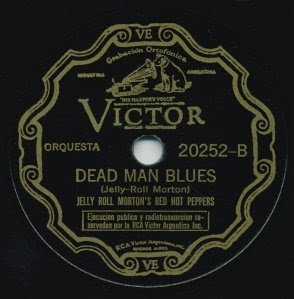 Lowry’s use of the song Dead Man Blues is multi-fold; the song is a funeral march and a paen to being drunk to instil sinister overtones to Dana's encounter with the White Russian prostitute Olga in the brothels of Dairen drawing upon the associations with death and drunkenness. Dana is certainly drunk but he may be facing death from syphilis if he has sex with Olga. The song is both a warning and portent to the future.

Lowry would have probably been familiar with the either the 1926 recording of the song featuring the vocals of Edmonia Henderson with Jelly Roll Morton on piano or the more famous version above. What is intriguing is his reference to the Parlophone version he mentions in Ultramarine. We know that he collected jazz records during his time at Cambridge University but we do not have any details of his collection. Beginning in about 1929 or 1930, the U.K. Parlophone imprint started a series of American jazz records on their "Rhythm Style Series". Culled from the American Okeh label, featuring artists such as Louis Armstrong, Bix Beiderbecke, Frankie Trumbauer and Duke Ellington and other major artists who recorded for Okeh. These records were usually "split-coupled" (the top and bottom side of each record was usually by different artists and did not correspond with the original American coupling). The "Second New Rhythm-Style" series replaced the first series in about 1931, and there was a separate series for each year from 1934 through 1941, as well as some miscellany series. 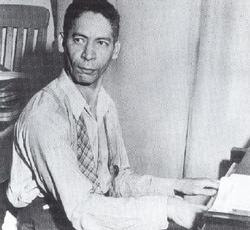 Morton: What's that I hear at twelve o'clock in the day-time? Church bells ringing?
St. Cyr: Oh, man, you don't hear no church bells ringing twelve o'clock in the day.
Morton: Don't tell me--somebody must be dead!
St. Cyr: Ain't nobody dead. Somebody must be dead drunk.
Morton: Don't tell me, I think there's a fyoo-neral!
St. Cyr: Well, looky here! I believe I do hear a funeral! I believe I hear that tram-bone blowin'!

A trombone glissando introduces a sombre march, played by the band in block-chord texture. In a slow tempo, they play the opening strain of the traditional hymn "Flee as a Bird to the Mountain," representing the procession to the cemetery. 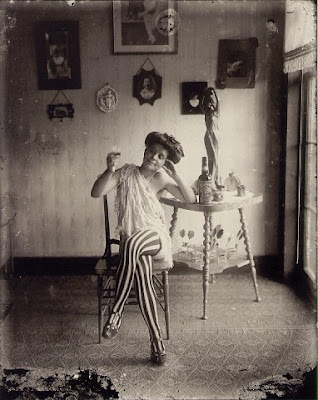 Lowry's choice of a song is ironic in that Jelly Roll Morton began his career in the brothels of New Orleans. Lowry was probably unaware of that fact though he may have known that jazz was associated with brothels in the same way as he has the jazz band playing in Ultramarine. The band may have been White Russian like Olga. You can read an interesting account of White Russian jazz on Strange Cities blog. Later, Jelly Roll Morton recorded an archive of the music he played in the brothels as well as telling stories to archivist Alan Lomax which have been preserved in the Library of Congress. You can read more about the archive on Wasted Space.

When I first read Ultramarine, I was unaware that Lowry had actually based the novel in Dairen in Manchuria. This discovery has meant that it is now possible to understand the background of the novel.

I recently came across this entry on PB Works which appears to have been written sometime in the 1930s:

With over 20,000 of them in the city, the White Russians form the second largest foreign community in Shanghai, after the Japanese. Originally from Russia, they belong to the upper and middle classes, dispersed and often deprived by events after the Great War. Survivors of the trenches returned to the Revolution and the subsequent civil war. They had to make a choice between Communism and loyalty to the Tsar. Those who stood with the Tsar were known as White (as opposed to Red) Russians, and were forced to flee the country after the Bolshevik victory. The nobility who spoke a foreign language and, crucially, had a foreign bank account, went to Europe. Those not so fortunate trekked across Siberia to the eastern port of Vladivostok, on the Sea of Japan.

The difficulties encountered by the men means that many of the women find themselves forced to earn money to support themselves and their families. The better-off White Russian women bring a touch of style and glamour to the city, running dress salons and beauty parlours. Madame Garnet runs the most expensive dress shop in town, on the ground floor of the Cathay Hotel. For the poorer women, with shop and office work unavailable due to Eurasian and Chinese competition, pretty much the only option left is to take up ‘taxi dancing’ – the quintessential image of White Russian women in Shanghai. Every evening they sit around in the city’s dance halls waiting for a man to buy a book of dance tickets and spend one on them. Some use their jobs to become prostitutes or acquire foreign husbands, while others merely return home in the morning to care for elderly loved ones. The Russian dance hostesses are beautiful, haughty, unstable, desperate and fascinating to many, greedy and deceitful in the eyes of others. The best Russian hostesses work at the Del Monte, a grand place with a large garden, a wide veranda and rooms upstairs. Others work in somewhat seedier inns around town. The bars do not pay the girls a wage but expect them to pick up customers, agree a price and then go elsewhere. On some evenings the management announce a floor show, which frankly are probably only marginally more enjoyed by the patrons than the embarrassed girls. Read full article on PB Works

I finish the post with Edmonia Henderson's version of the song which I find haunting and perhaps more in keeping with what Lowry was describing in Ultramarine: 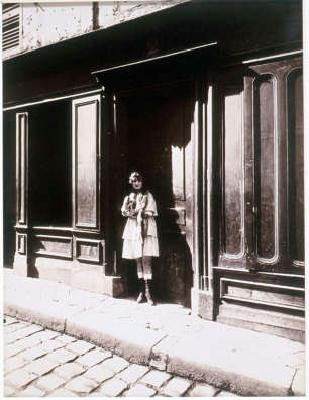 Posted by Keeping Soul Alive at 06:37 No comments: 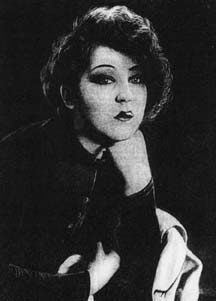 I still haven't been able to source the above movie which was included in the 1930 season 1930 at the Cambridge Film Guild frequented by Lowry whilst at University.

However, I can provide an update, in my previous post I had overlooked a Liverpool connection between Lowry and Cavalcanti. My friend Bryan Biggs, who curated Malc's Centenary Festival at the Bluecoat in Liverpool in 2009, has informed me that Cavalcanti was the Brazilian consulate in Liverpool in 1919/20.

I have also found a contemporary review of the film from 1927 in the N.Y. Times. 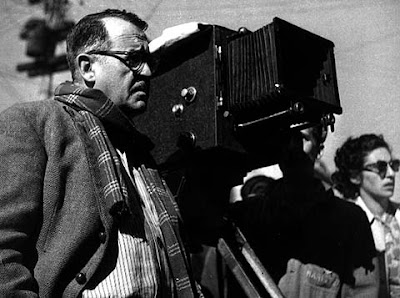 Another connection between Lowry and Cavalcanti, which I failed to mention is Michael Redgrave. Lowry was friends with Redgrave whilst at Cambridge. Cavalcanti directed Redgrave in the Ventriloquist's Dummy sequence of the film Dead of Night 1945. 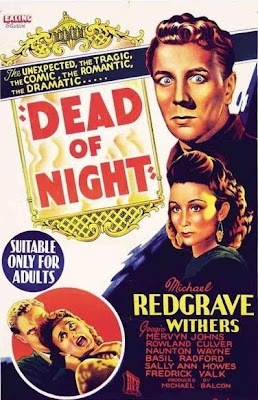