Graham Collier Day Of The Dead 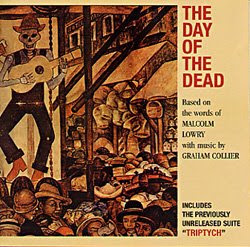 
Graham Collier is an English jazz bandleader and composer. He began playing trumpet in northern England and later worked in bands for the British Army. In 1961 he received a scholarship to attend the Berklee College of Music and would be the first British student to graduate from the school. He is best known as a bandleader and has been one since 1964. His first band was the Graham Collier Ensemble, which toured from the 1960s to the 1980s.

Graham Collier's The Day of the Dead is an hour long suite for narrator and full band. The suite was commissioned by The Ilkley Literature Festival, 1977. The piece uses words from Malcolm Lowry's Under the Volcano, Dark as the Grave Wherein My Friend Is Laid, Forest Path to the Spring, and The Collected Letters of Malcolm Lowry.The suite features the voice of John Carbery, with a band including Harry Beckett, Henry Lowther, Art Themen, Alan Wakeman, Malcolm Griffiths, Ed Speight, Roger Dean and Roy Babbington. The suite was first issued on double LP by Mosaic in 1977, and on double CD, with some additional material, by Disconforme in 2001. The Tracks: The Day of the Dead & October Ferry, Triptych, Eridanus and Quanahuac were added for the double CD. 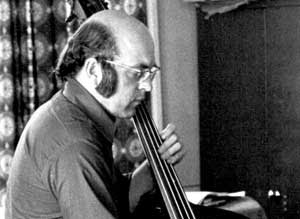 Graham Collier gave a talk called Lowry, Jazz and ‘The Day of the Dead’ at the 1987 International Malcolm Lowry Symposium held at the University of British Columbia, Canada. It was later published in 'Swinging the Maelstrom', New Perspectives on Malcolm Lowry, edited by Sherrill Grace:

Malcolm Lowry has said that he 'learnt to write while listening to Bix Beiderbecke,' and he once spoke of trying to write a new kind of novel - 'something that is bald and winnowed, like Sibelius, and that makes an odd but splendid din, like Bix Beiderbecke' (SL, 28). Lowry's favourite jazz musicians were undoubtedly Beiderbecke, a white trumpeter of German extraction whose lyrical style was highly influential, Joe Venuti, one of the few violinists in jazz, Venuti's partner, guitarist Eddie Lang, and saxophonist Frankie Trumbauer. All worked at various times in Paul Whiteman's orchestra, but there is no significance in that or in Lowry's apparent liking for white musicians. (Other names that appear in Lowry's work or letters are Red Nichols, Benny Goodman, and the Quintet of the Hot Club of France with Django Reinhardt.) Lowry's selection of favourite musicians is presumably accidental, formed through listening to the limited number of records available in his time, particularly in England. Lowry's strong interest in the guitar would naturally have led him to Eddie Lang, and through Lang to Venuti, Beiderbecke, and Trumbauer. Read the complete talk here

You can still buy copies of the CD directly from Graham Collier.
Posted by Keeping Soul Alive at 01:49