Henrik Galeen's The Student Of Prague 1926 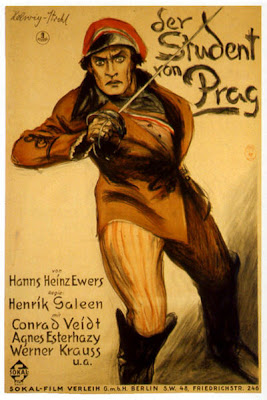 This film was cited by Lowry as one of his favourite German films in a letter to Clemens ten Holder in October 1951.

The Student of Prague (German: Der Student von Prag) is a 1926 silent film by Czech actor and filmmaker Henrik Galeen. It is a remake of The Student of Prague (1913), directed by Stellan Rye. It is considered as Galeen's most important film since The Golem, which he co-directed in 1915 with Paul Wegener.

The film crew involved some famous names: Hermann Warm, who was one of the stage designers for The Cabinet of Dr. Caligari; Günther Krampf, cinematographer of The Hands of Orlac; and the actors Werner Krauss and Conrad Veidt, who already appeared together in Caligari and Waxworks.Wikipedia 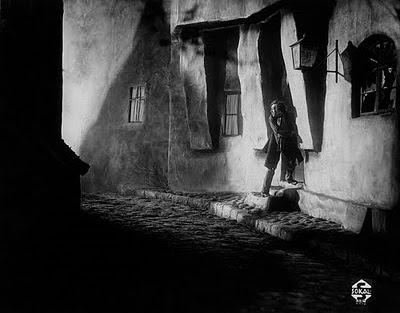 The film is based on a story by fantasy writer Hans Heinz Ewers and uses elements from Edgar Allan Poe's story "William Wilson" and tells of a student Balduin played by Conrad Veidt. Balduin bored with life, makes a deal with the satanic Scarpinelli played by Werner Krauss that in return for a fortune in gold Scarpinelli can take anything from his room. Scarpinelli takes the student's mirror image. Balduin becomes a benefactor to poor students, woos a rich heiress and lives a life of luxury. But a spurned lover causes him problems and he is haunted by his doppelganger until it kills on his behalf.

Galeen's film was the second of four versions to be made and you can read more about the different versions on The Amazing Movie Show.

Henrik Galeen, who was possibly of Danish, Dutch or Czech origin, became an actor in the early German theatre and (from 1910) in the German cinema. He was very soon to widen his career in film and establish himself both as a screenwriter and director of some importance, especially in the development of the Expressionist movement during the 1920s. As Lotte Eisner, in her invaluable book on the German Expressionist film, The Haunted Screen , has pointed out, Expressionist stylization in the art direction for fantasy and horror subjects actually preceded by some years its notable popularization in The Cabinet of Dr. Caligari of 1919; it appeared for example in the earliest version of The Student of Prague , directed by Stellan Rye in 1913, in which the actor-director Paul Wegener starred. The following year Wegener made his early version of the mythological film, The Golem , also employing a pioneer form of the Expressionist style in order to establish the medieval form of magic of this strange Jewish legend. He was assisted by Galeen as both scriptwriter and director, and Galeen also acted in the film. Read more at Film Reference 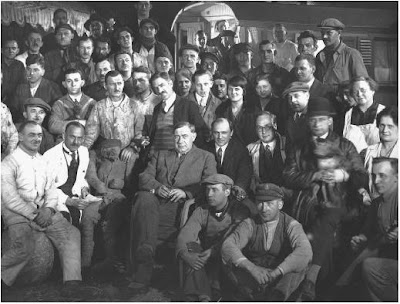 You can read more about the film on: 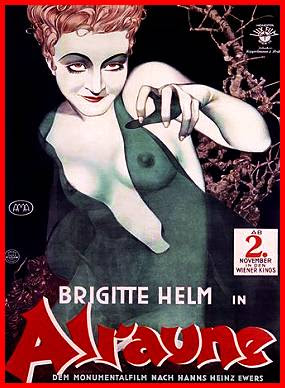 Henrik Galeen's Alruane from 1929 can also be viewed in its entirety on Youtube.

Made at the tail end of the silent era, Galeen's Alruane was the third version of Hanns H. Ewers' weird novel, the earliest surviving one. Erotic overtones abound in this tale of a scientist (played by Paul Wegner) who collects the semen of a hanged man and impregnates a prostitute, to produce an unearthly child who later seeks revenge on her father. An obsessive, almost neurotic, piece of cinema, Alruane conjures up references to the fable of the homunculus and has the same sort of sombre, mythical qualities found in the films of Cocteau. In the demonic character of Alruane - played by Brigitte Helm (who took the part of Maria of Lang's Metropolis) - Galeen found an even better vehicle for the icy passion that proves so effective in the stark, cold world of silent film. Video Vista

Posted by Keeping Soul Alive at 08:15