Love In The Sand Dunes of Wallasey 1927 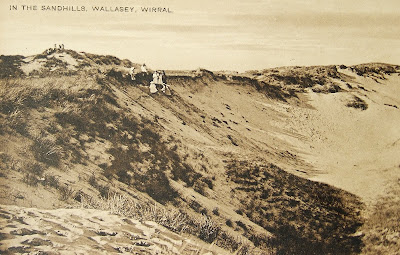 Had he not sought her in the town and meadow and in the sky? Had he not prayed to Jesus to give him rest, and found none until the hour they met? Again, they seemed to be sitting together on the sand dunes, staring at the sky; great wings had whirred above them, stooping, dreaming, comforting, while the sand imprinted like snow, had been whistled up about them by the wind Ultramarine


The above passage from Lowry's Ultramarine comes just after Hilliot's (Lowry's) day dream of the smells of Birkenhead and Liverpool as Hilliot day dreams about Janet the lover he left behind in Liscard, Wirral.

These reminisces are based on Lowry's love affair with Tess Evans and the above passage clearly demonstrates his affection for Tess. I am currently pulling everything together what I know about Tess for a longer post on Lowry's early love.

In the 1920's, the north coastline of the Wirral looked very different to today's. The coastline from New Brighton to Meols consisted of sand dunes and was much nearer to the wild place described in my post on Robert Louis Stevenson's The Wrecker. Gradually from the 1930's onwards, the coast was tamed with concrete sea defences with new promenades and roads. 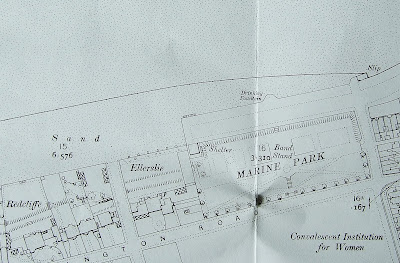 In the spring of 1927, Lowry and Tess could have walked off the old promenade by the Marine Park in New Brighton (see above map) then walked along the beach towards Harrison Park. They would have passed the Yellow and Red Noses which were high sandstone cliffs above the beach. 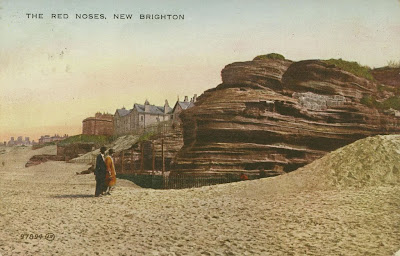 They would have continued their walk up towards the sand dunes which ran in front of the railway line from Birkenhead to New Brighton passing Warren Point near to where Lowry was born in North Drive. 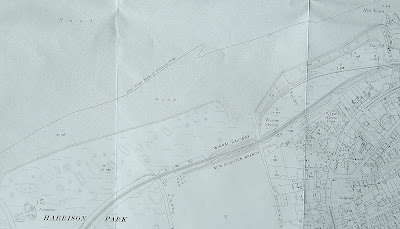 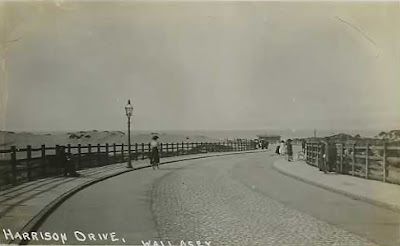 They could have stopped to sit anywhere between Harrison Park and Leasowe as the dunes would have stretched for nearly 2 miles before reaching lower ground around Moreton.

When they stopped to sit, Hilliot (Lowry) was thinking of escape by a sea voyage:

Beyond, a freighter carried their dreams with it over the horizon. Ultramarine

From the tops of the sand dunes, you would have had wonderful views of the Mersey Estuary with ships leaving the mouth of the river. Perhaps, this is when Lowry told Tess that he intended to fulfill his dreams of adventure by going to sea on board a Blue Funnel Line ship.

Posted by Keeping Soul Alive at 01:54