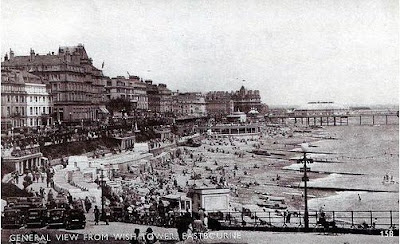 Lowry spent time in the 1930's in Sussex with his mentor Conrad Aiken in Rye. However, his first recorded visit to the South Coast happened in the summer of 1925, Malcolm's parents went abroad and he was sent off on holiday to Children's Special Service Mission held at St Andrews School in Eastbourne Sussex.

In 1867 Josiah Spiers spoke to 15 children in a drawing room in Islington, London, and began the work of sharing the Christian message with children in a way that related to their real needs. This led to the founding of the Children's Special Service Mission (CSSM) which was later to become "Scripture Union".

The following year, Spiers travelled to Llandudno, North Wales on holiday and began to tell the children there about his faith. He drew the text "God is Love" in the sand, invited children to decorate it, and then told them a Bible story.

At about the same time as Spiers held his meeting in Islington, brothers Samuel and James Tyler and Tom Bond Bishop started a similar meeting in Blackfriars Road, south of the river Thames. Similarly Henry Hankinson and Henry Hutchinson had started meetings in Mildmay Park. All of them had come under the influence of Rev Edward Payson Hammond, a controversial American preacher who had visited London in the early summer of 1867 and held meetings for both children and Sunday School teachers. Hammond's idea was simple: informal, special services for children. Despite the controversy which it sparked amongst Sunday School teachers, Spiers and the others were convinced.

Spiers quickly established the CSSM as a mission to oversee his work in Islington. By August 1868 Bishop had joined the committee and by the end of the year, Hankinson was also a member, bringing in the Mildmay Park meetings as well. Whilst Spiers was the engaging children's speaker, Bishop had the organising ability and became the Honorary Secretary. The working partnership of Bond and Spiers was to last for more than 40 years and be the foundation of a movement which has spread to more than 130 countries.

In 1879 CSSM started the Children's Scripture Union, a system of daily Bible reading. A membership card had a list of daily readings, and this was soon complemented by explanatory notes in children’s magazines. Booklets of notes were published for troops in the trenches during the Great War from 1914-18, and led to the first issue of Daily Notes in 1923.

In 1892 the first Boys’ Camp was started in Littlehampton by Major Leibenrood, a veteran from the Zulu War. The following year, the Caravan Mission to Village Children (CMVC) was started using a bakers’ cart. The CMVC became part of CSSM, but in 1960 Scripture Union became the official name of the organisation. Wikipedia 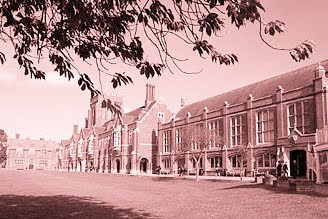 According to Lowry's biographer Gordon Bowker, Lowry spent the entire holiday of 10 days frequenting the pubs and cinemas of Eastbourne.

The first cinema to open in Eastbourne was the Electric Picture Hall in 1908. Quickly others followed: the Gallery Cinema (July 1913) where the main entrance to the Arndale Centre now stands. In 1914, cinemas opened at the rate of one every two months: there was the Winter Gardens (see below as Devonshire Park), with the cinema on the first floor. 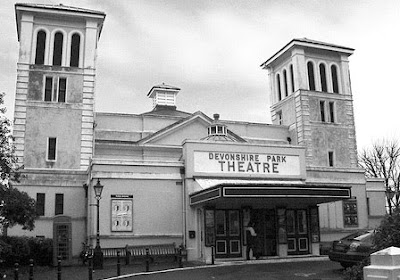 The Old Town Cinema which stood on a site now occupied by Safeway's Food Stores, the Empire, which changed its name numerous times and is now the Mecca bingo hall in Seaside, and opposite, the Eastern, which finished its life as the Regal (See below) 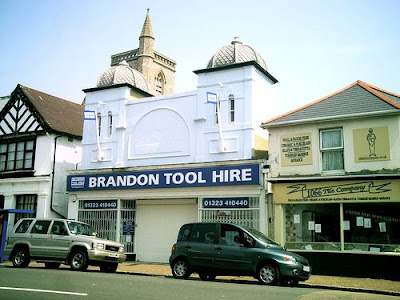 If you look above the shop that now stands in its place you will see the old flag posts and on the east side, the entrance to the projection box reached by a metal ladder. In 1919, the Central cinema opened in Seaside Road, it's still there though sadly derelict. 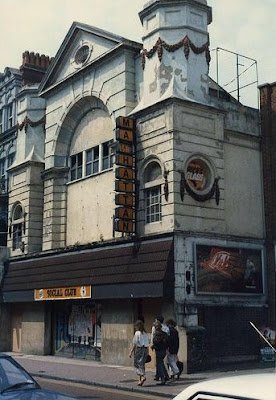 The only cinema that has survived is the Curzon, formerly the Picturedrome in Langney Road, opened in 1920. In March 1973, the Curzon was converted into a triple cinema with seating for 537, 238 and 237 respectively. Eastbourne Voice 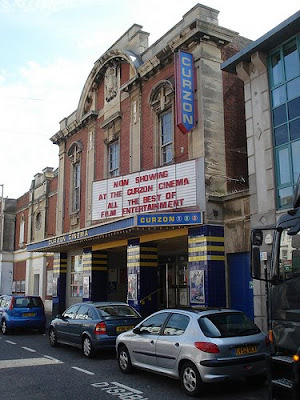 There was also the Tivoli Cinema as seen below. 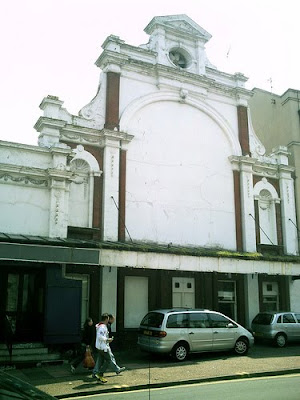 We have no record of what films Lowry saw during his stay in Eastbourne or which pubs he may have visited. I have picked out a clip of Hitchcock's "Pleasure Garden" from a film made in 1925:

Or perhaps Rupert Julian's "Phantom Of The Opera" with undertones of "The Hands Or Orlac":

Posted by Keeping Soul Alive at 08:34