Crack Up In Antibes 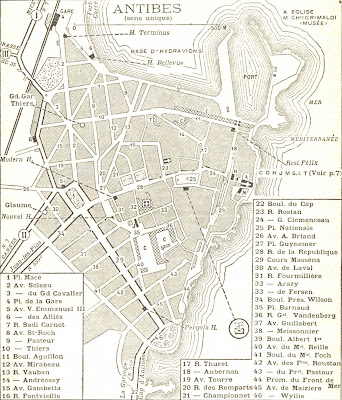 "Abe North plays In A Mist furiously on the piano. As the weather worsens, the music, says Lowry, merges from In A Mist "into a cross between something like Prokofiev's music before battle, or a gathering storm in Peter Grimes."

The above quote is from The Cinema Of Malcolm Lowry: A Scholarly Edition Of Lowry's "Tender Is The Night" edited by Miguel Mota and Paul Tiessen. Lowry's musical suggestions for his proposed film script of Fitzgerald's novel underpins a climatic scene set in the Antibes in the South of France.

In the Mist refers to Bix Beiderbecke classic which was recorded in New York, September 9, 1927:

In 1938, Prokofiev collaborated with the Russian filmmaker Sergei Eisenstein on the historical epic Alexander Nevsky. For this he composed some of his most inventive dramatic music. Although the film had a very poor sound recording, Prokofiev adapted much of his score into a cantata, which has been extensively performed and recorded.

Here is an excerpt of the "battle on the ice" sequence from the Alexander Nevsky:

Peter Grimes is an opera by Benjamin Britten, with a libretto adapted by Montagu Slater from the Peter Grimes section of George Crabbe's poem The Borough. The "borough" of the opera is a fictional village which shares some similarities with Crabbe's, and later Britten's, own home Aldeburgh, on England's east coast, around 1830.

It was first performed at Sadler's Wells in London on June 7, 1945, conducted by Reginald Goodall and was the first of Britten's operas to be a critical and popular success. It is still widely performed, both in the UK and internationally, and is considered part of the standard repertoire. In addition, the Four Sea Interludes were published separately (as op. 33a) and are frequently performed as an orchestral suite. The Passacaglia was also published separately (as op. 33b), and is also often performed, either together with the Sea Interludes or by itself. Wikipedia


Here is the Storm sequence from the Four Sea Interludes performed by the Boston Symphony Orchestra with Leonard Bernstein, conductor (From the album The Final Concert, live recording 1989:

Posted by Keeping Soul Alive at 13:39

Email ThisBlogThis!Share to TwitterShare to FacebookShare to Pinterest
Labels: Bix Beiderbecke, Lowry's Tender Is The Night