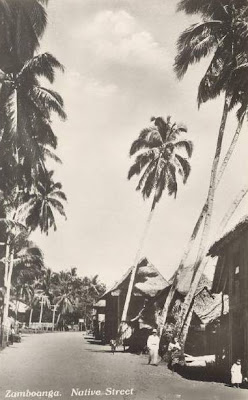 Lowry mentions Zamboanga, a long, semicircular peninsula located in northwestern Mindanao, Philippines, in his short stories 'Tramps' and 'Goya The Obscure'. There is no documentary evidence to suggest that Lowry visited the peninsular as part of his 1927 voyage to the Far East. It would appear that Lowry's mention of the peninsular is perhaps part of a youthful obsession with the "exotic East" which, manifested itself in the composing of the song 'I've Said Goodbye to Shanghai' with his Cambridge musical partner Ronald Hill. The peninsular features in Joseph Conrad's novel Lord Jim and is probably Lowry's source as he read the book in his youth. 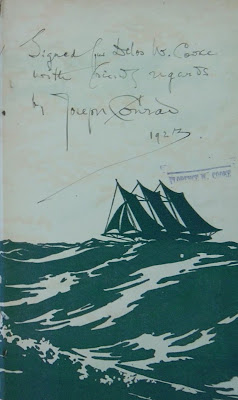 Here is an interesting travel movie 'Zamboanga' made in 1936

"Zamboanga" was directed by Marvin Gardner in his native Philippines in 1936. His screen name was Eduardo De Castro. Thought lost forever, it was found in 2003? by Philippine filmmaker Nick de Ocampo at the US Library of Congress. (The copy came from Finland, hence the subtitles.) It stars Fernando Poe, Sr., the father of Fernando Poe, Jr., Philippine actor and presidential candidate. It is the oldest Filipino feature film known to exist. It was produced by Americans Tait and Harris and intended for American audiences. I have read that it was the first Filipino film entered in the Oscar Awards, but I'm still researching that. I had never even hoped to see any of my grandfather's work, as we thought it was all destroyed during WWII. The original film is now back in the Philippines. Nick included "Zamboanga" in his book, SineGabay: A Film Study Guide. He was kind enough to send some copies of the movie to my family. Read more
Posted by Keeping Soul Alive at 02:48