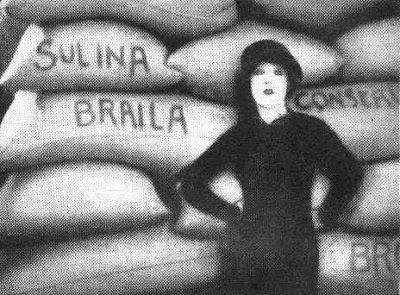 We are back in Cambridge circa 1930 with Malc at the Cambridge Film Guild with the next film up being En Rade.

Cavalcanti's Sea Fever was originally released in France in late 1927 as En Rade. Catherine Hessling, better known to film enthusiasts for her work in the early Jean Renoir silents, stars as a seaport barmaid who falls in love with sweet-natured sailor Georges Charlia. When Charlia unaccountably disappears one day, Hessling is plunged into the depths of melancholia. Her sad story is counterpointed with the bizarre behavior of the local laundress' son (Philippe Heriat), who dreams of a life at sea.

I cannot yet find a copy of the film or any clips to view. I think the plot synopsis above would have appealed to the young Malc after returning from his sea voyage to the Far East. 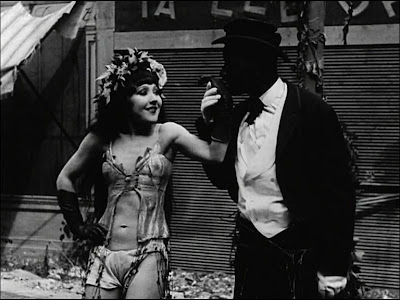 Actress/artist's model Catherine Hessling was the last model of painter Auguste Renoir and the wife of his son, distinguished filmmaker Jean Renoir. Soon after her marriage to the latter in 1920, Hessling, born Andrée Madeleine Heuchling in Alsace, began starring in Renoir's first films. She sometimes appeared in the films of other directors as well. Though the stunningly beautiful Hessling was a noted performer, her film career abruptly ended after her marriage to Renoir broke up in the early 1930s.

While I was researching this post, I came across the above photograph of Catherine Hessling from the Jean Renoir film Sur un air de Charleston. I found this fantastic clip on YouTube:

French filmmaker Jean Renoir would later remark that he directed the sensual dance fantasy Charleston because he'd "just discovered American jazz." He also had some stock footage left over from his previous silent success Nana, and decided it would be provident to fashion a new film from these leavings. Even without the benefit of sound, one can hear the jazzy rhythms of Charleston through the exuberant gyrations of an African-American dancer whom Renoir and his star, actress Catherine Hessling, had discovered for this picture. Originally titled Sur un air de Charleston, the film was also released as Charleston Parade in English-speaking countries. In some areas of the US and Europe, the film was greeted with protests from censorship boards who simply couldn't appreciate the aesthetic value in Catherine Hessling's near-nude dance numbers. ~ Hal Erickson, All Movie Guide

I am sure Malc would have approved of Renoir's appreciation of jazz and we can only wonder whether he saw the movie.
Posted by Keeping Soul Alive at 14:21