I recently caught Young Man With A Horn on TCM and recalled that Lowry had seen the movie in Vancouver in July 1950 and referred to the film in letter to Frank Taylor. 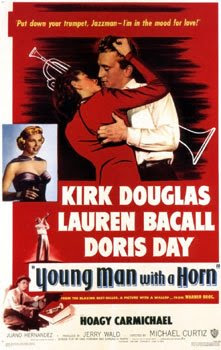 Apparently, Lowry was not impressed with the film version of Dorothy Baker's novel of the life of Lowry's jazz hero Bix Beiderbecke:

No indication is given of Beiderbecke's genius, & none for that matter, or only a little, & at that wrong, as to what constitutes jazz or unjazz. None of Beiderbecke's compositions were used either which leaves us In A Mist still. The Collected Letters Of Malcolm Lowry Volume 2 1946-1957. 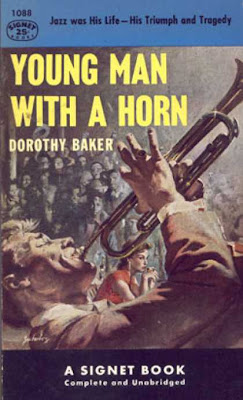 I agree wholeheatedly with Lowry on the portrayal of Beiderbecke but I do admire Michael Curtiz's movie for many things such as the cinematography, real locations and sets. However, I do feel he copped out in the best scene of the film, where Kirk Douglas who plays the lead is lying ill with pneumonia. Douglas in his delirium mistakes the ambulance siren for the dream note he has always wanted to make. He rises up from the bed and should die to add to the drama of the film but we get the Hollywood rewrite of history with him recovering from alcoholism. 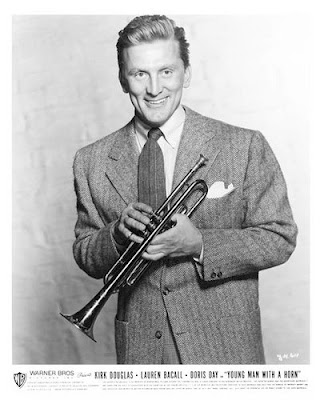 It did dawn on me that Lowry may have felt uncomfortable about the scenes set in Bellevue Hospital, New York where he himself had been a patient in 1935.

Here is Bix himself on 2 songs including In A Mist which Malc refers to in the letter to Frank Taylor:

There was a soundtrack to the movie: 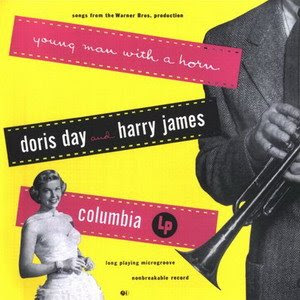