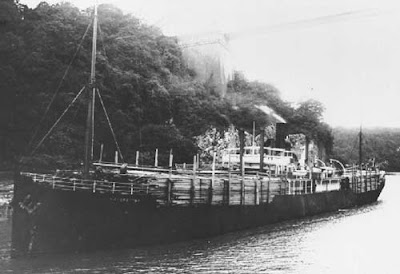 I have been collecting photographs and information about all the ships that Lowry sailed on or mentioned in his work. The sea and being a sailor or traveller on the sea held a great attraction to Lowry and this love of all things maritime stretched to the ships themselves. 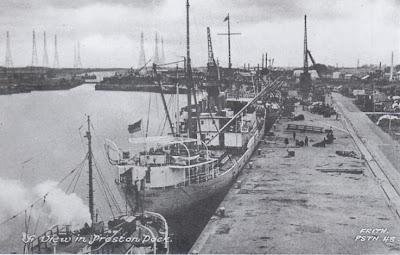 I am starting the first post on Lowry's ships with the Fagervik which Lowry sailed on from Preston Docks, England to Norway on the 11 August 1931.

For many years, there was considerable speculation by Lowry commentators about Lowry's voyage to Norway. The speculation arose mainly because of the lack of documentary evidence of the trip, conflicting accounts by Lowry, misunderstandings by Margerie Lowrie drawn from what Lowry had told her of the trip and statements from his brother Russell Lowry.

The evidence for the trip was analysed by Hallvard Dahle in his article "A Norwegian At Heart": Lowry and the Grieg Connection in Sherrill Grace's 1990 book Swinging The Maelstrom: New Perspectives On Malcom Lowry. I have utilised Dahle's findings as well as Bowker's biography of Lowry in writing this post on Lowry's voyage to Norway.

The purpose of Lowry's journey was to re-live the voyage of the character Benjamin Hall from the Norwegian novel The Ship Sails On written by Nordahl Grieg. The novel was very influential on Lowry's own final version of Ultramarine. However, in 1931, before later meeting Grieg, Lowry had intended on producing a dramatised version of Grieg's novel and was using the voyage as research.The journey became the subject of his unpublished novel In Ballast To The White Sea.

There may also have been other underlying reasons for the voyage which are inferred by Bowker in Pursued By Furies. Certainly, the voyage became one of escape form the suffocating world of his Caldy home after 3 years away at Cambridge University. It was also another chance for adventure, which could be turned into literature, as had his previous sea voyage on Pyrrhus in 1927.

Lowry was supposed to have obtained the necessary papers to sail as a fireman on board the Fagervik bound for Leningrad and Archangel. The ship was carrying timber and was then owned by the shipping line Nilson-Niquist commanded by Captain Skaugen with 21 crew.

I was unable to find an actual photograph of the Fagervik but I did find one of her sister ship the Fagersten also owned by Nilson-Niquist. The above photograph gives us an idea of the size and style of the ship. You can clearly see the timber cargo on the deck of the ship. 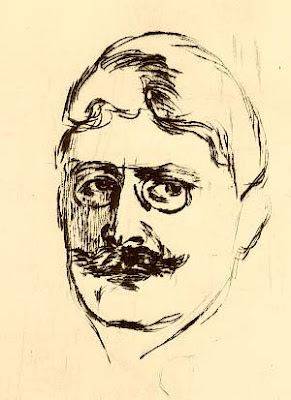 The Fagervik was built in Larvik, Norway in 1922. By coincidence Larvik was the place in Southern Norway, where another of Lowry's literary heroes Knut Hamsun was living when he wrote Growth Of The Soil which was instrumental in him winning the Noble Prize For Literature in 1920.

After the war, she was raised and repaired in 1945, renamed Bodø for A/S D/S Vestfart (Erling Sannes), Bodø; owned by Erling Sannes, Bodø from 1947. Sold in September 1951 to Olaf Pedersens Rederi A/S, Oslo and renamed Sunny Boy. Sold again in January 1952 to Aug. Bolten, Wm. Miller's Nachf., Hamburg and renamed Otterberg. Sold in 1959 to Cia. de Vapores Kyrinthos S/A, Beirut and renamed Taxiarchis, renamed Archangelos Michael in 1960. Sold in 1965 to A. Frangistas, Piræus and renamed Diamondo. Broken up at Split in 1969. Miramar Ship Index 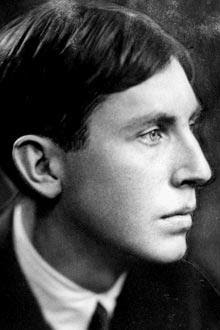 According to Bowker's biography of Lowry, the ship was ordered to sail to Aalesund in Norway not long after leaving Preston. The intervention of fate enabled Lowry to then begin a fantastic journey in search of his hero Grieg who he eventually met later that month in Oslo.

I am currently working on 2 sets of research linked to this post - the Norwegian Connections In Ultramarine and Lowry in Norway - so please drop back soon.
Posted by Keeping Soul Alive at 13:35