“INSIDE UNDER THE VOLCANO: Frater Achad & Malcolm Lowry” 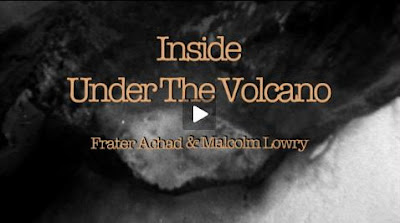 I have recently been contacted by film maker Elio Gelmi about his latest documentary:

“INSIDE UNDER THE VOLCANO: Frater Achad & Malcolm Lowry” is a documentary project regarding an event that occurred between 1940 /1950 in Vancouver, Canada. Delving into the undiscovered world of Frater Achad, it reveals the story of Charles Stansfeld Jones, his connection with the novelist Malcolm Lowry and the deep bond, which existed between the two men while Malcolm was completing his influential novel Under The Volcano. This fascinating relationship acts as the basis for an important, albeit hidden period in Canadian history; when C.S. Jones, accountant by profession but also a serious esoteric practitioner, played an important role in the world of Aleister Crowley with the pseudonym ‘Frater Achad’.

You can view a trailer for the documentary here.
Posted by Keeping Soul Alive at 02:18