Margerie Lowry in the movies Part 4 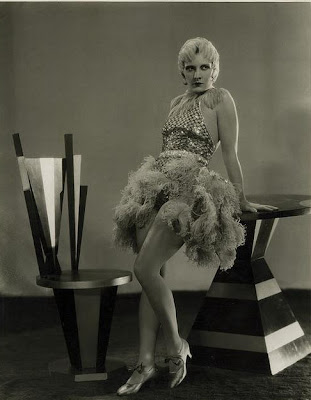 A further look at the films of Margerie Lowry:

BROADWAY LADY. THE Pretty good story with Evelyn Brent as a chorus girl with a heart of gold who marries into society and is innocently involved in a murder. Photoplay March 1925 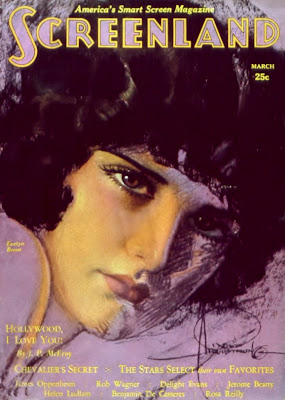 The smoldering Evelyn Brent starred in this silent melodrama about a chorus girl who turns down a proposal of marriage from a wealthy young scion (Theodore Von Eltz, only to change her mind in order to annoy his uppity relatives. But when Von Eltz's dimwitted sister (Joyce Compton) is found in the company of a very much murdered playboy, Evelyn nobly assumes the blame in a misguided attempt to shield the girl. In the end, both Evelyn and Joyce are saved by chorine Marjorie Bonner, who confesses to having killed the man out of jealousy. Amazingly, Broadway Lady was directed by Wesley Ruggles, a Hollywood professional with some taste who should have known better. ~ Hans J. Wollstein, Rovi

Evelyn Brent was known for playing lady crooks in the 1920s (in fact, she carried this typecasting into the sound era). In this drama -- very similar to the play Three Faces East, according to trade magazine Film Daily -- Brent switches to the right side of the law. Janet Graham (Brent) marries Eddie Delano (Harold Goodwin), only to discover she was being used as a front -- Delano didn't want to go fight in Europe because his work as a crook was netting him a lot of money. Janet's response is to become a secret service agent during WWI. Her boss, in charge of transports, is Bruce Corbin (Robert Frazer), and they fall in love. Delano, on the other hand, becomes an instrument of the Germans and spies on Corbin's transports. He kidnaps Janet and forces her to accompany him. She sends a radio transmission warning of the German sub, which is subsequently sunk. Corbin comes to her rescue, and Delano is killed. With her unwanted husband out of the way, Janet is able to marry her boss. ~ Janiss Garza, Rovi

SECRET ORDERS— F. B. O— The war spy system is again served for your entertainment. You won't object because Evelyn Brent is a treat for the optics. Photoplay June 1926

Filmed partially on location in Arkansas, this silent western was one of eight produced by Morris R. Schlank and directed by J.P. McGowan. In order to cash in on Universal's popular Jack Hoxie, Schlank hired Hoxie's half-brother, Alton Stone, and without missing a beat renamed the youngster Al Hoxie. In Riding Romance, Hoxie prevents rancher's daughter Marjorie Bonner from marrying a scoundrel in order to save her ranch. As it turns out, Bonner's unscrupulous suitor is also the man who railroaded her brother in a rustling scheme. The sister of Priscilla Bonner, Marjorie Bonner was a decided step up from the amateur actresses usually cast in cheap Westerns in the '20s. The rest of the supporting cast was equally above-average and included Arthur Morrison, Steve Clemente, and stunt-man Cliff Lyons. ~ Hans J. Wollstein, Part of the film was shot in Lone Pine California according to the Lone Pine Film History Museum.

Falling in with crooks, Tommy Oliver plays role of willing disciple with hope of inducing girl member of gang to forsake pathway of crime. Girl reforms and they both succeed in saving small town bank from thieves. They face future happiness. ( Motion Picture News Booking Guide, 11:43, Oct 1926.)
Posted by Keeping Soul Alive at 13:45

Email ThisBlogThis!Share to TwitterShare to FacebookShare to Pinterest
Labels: Margerie Bonner in the movies