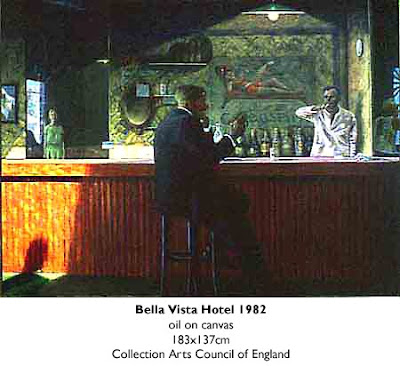 Julian Cooper's paintings were a major feature in the exhibition staged by the Bluecoat in Liverpool to celebrate the centenary of Malc back in 2009.

UNDER THE VOLCANO
- a group of paintings inspired by Malcolm Lowry's novel. Malcolm Lowry's novel Under the Volcano is written in a way that combines intricate symbolism with a vivid representational surface and an especially close identification with the protagonists on the author's part.

The main protagonist is a British Consul in 'Quauhnahuac', based on Cuernava, a town in Mexico where Lowry lived; the action takes twelve hours on the 'Day of the Dead', the 2nd November 1938. It is written on a variety of planes but Lowry summarized it thus:
"It is concerned with the forces in man which make him terrified of himself. It is also concerned with guilt, remorse, struggles toward the light, doom. The allegory is that of the Garden of Eden. The drunkenness of the Consul is used to symbolize the universal 'drunkenness' of mankind, during the war or during the period leading up to it."

The paintings here depict particular moments in the drama chosen for their self-sufficiency and symbolic power. 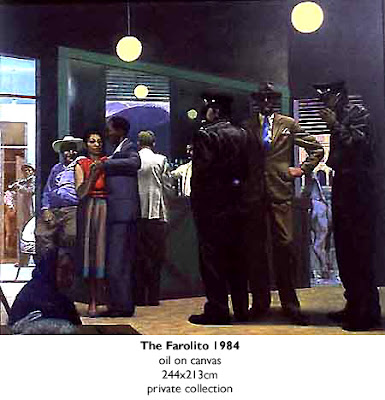 Posted by Keeping Soul Alive at 01:01