Tavern on the Moors 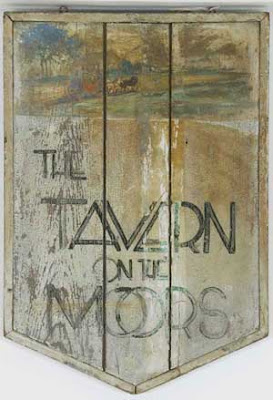 And now a pang struck Cosnahan wondering where the little cat was. Perhaps at this moment..it could be, at the Tavern on the Moors... Elephant and Colosseum

Located in Gouin’s Livery Stable on School Street in ’Sconset, the Tavern on the Moors was a charming tea house on the eastern end of the island, run by Mary L. Gouin. It was also the site of the ’Sconset School of Opinion, a forum for intellectual debate established in 1922 by summer resident Frederick C. Howe, the noted lawyer and political scientist. It was attended by many of the best-known scholars and writers of the day, some of them branded as “communists” because of the liberal views they expressed.

The Inquirer and Mirror noted in 1923: “In rambling around the island one sees many attractive tea room signs displayed, among which is The Tavern on the Moors.” Natucket Historical Association

Lowry refers to many locations in his work from his visits to the Cape Cod area with Conrad Aiken in 1928 and later with Jan Gabrial in 1934. We must assume that he was familiar with the Tavern on the Moors from either of these visits. 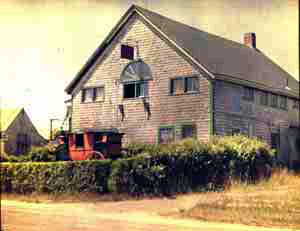 Read more about the Tavern: The Sconset School of Opinion By Lee Rand Burne
Posted by Keeping Soul Alive at 07:23

Email ThisBlogThis!Share to TwitterShare to FacebookShare to Pinterest
Labels: Lowry In The USA, Nantucket